A case for TOS (science, technology) 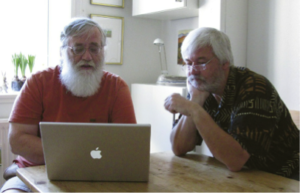 Careful consideration and proper execution of representative sampling and mass reduction procedures are critical for the validity and reliability of chemical analyses of highly heterogeneous biomass fuels. It is demonstrated how faulty sampling can result in apparent ash compositions that differ from the true compositions by factors of 2–3 for many major oxides. Analytical results based on non-representative samples are not representative for the specific fuel and processes being studied. Despite the general acceptance that accurate and representative compositions of biomass fuel and their derivatives are a critical prerequisite for understanding reactions and elemental fractionation during combustion and other thermal conversion processes, the biomass energy community appears largely to have ignored the critical issues surrounding representative sampling. This can have resulted in misleading or faulty conclusions and may have restricted our ability to perform reliable predictive modeling. We point to effective sampling principles that should be implemented in future biomass fuel studies.

These results led to the unexpected indication that appreciable amounts of silica were apparently lost during heating to temperatures of well above 1500°C. Because silica is known to be immobile at atmospheric pressure to very high temperatures, and indeed perhaps only volatile at conditions believed to have prevailed during formation of the primitive solar nebula (sic), a second look at the data was clearly warranted. This reconsideration clearly showed that the erratic results were caused by chemical analytical results that were not representative of the biomass investigated. We were able to rule out, using different analytical methods, the possibility that large analytical biases and errors were responsible (Table1).

The conclusion was inescapable: unwittingly large sampling errors were committed by basing our initial analysis on the results from a non-representative primary sampling process. Because of the heterogeneous nature of the biomass, a grab sample, as is routinely used in this realm, is highly unlikely to be representative for bulk fuel compositions.