He is a recipient of the Pierre Gy Sampling Gold Medal (2013) awarded for “excellence in teaching and application of the Theory of Sampling”. In 2003 he inaugurated the biannual series of World Conferences on Sampling and Blending (WCSB), now in its 8.th edition. Read the history of WCSB here.

A bit more about Kim Esbensen

Esbensen has founded and led three academic research groups and has supervised ~60 M.Sc. and 15 Ph.D. theses, and has served as opponent at 25 Ph.D. defenses. He organised and chaired two international chemometrics conferences (1990 and 1999), and served as editor of the Proceedings of the latter (SSC6). He chaired the taskforce responsible for the world’s first horizontal (matrix-independent) standard on representative sampling, DS 3077 (2013). From 2010 major new application fields include GMO, food, feed, tribology, geometallurgy. In 2013 he founded TOS forum, an open access communication platform for the sampling and process analytical communities, and is editor for a Sampling column in Spectroscopy Europe. 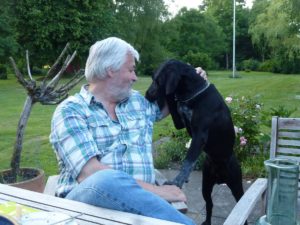 He has visited and lectured at many international research groups and university institutes and has given numerous dedicated courses to international companies, organisations, regulatory bodies and agencies. From 2015 he has re-established close collaboration with CAMO, a world-leading chemometrics company, in which context Esbensen is the author of a highly successful chemometric textbook (33.000 copies, 2001-2015), now in a completely re-written 6.th edition: Esbensen & Swarbrick (2017) “Multivariate Data Analysis – an Introduction”.

Esbensen is fond of the right breed of friends and dogs, swinging jazz, fine cuisine, contemporary art and classical music. He has been collecting science fiction novels for more decades than he is comfortable contemplating, still, as ever… it is all in the future.